WeWork is an American coworking provider founded in 2010 that provides shared workspaces for many types of industries, but mainly specializes in providing coworking spaces for technology start-ups and associated businesses. At the moment, it is worth an astonishing 20 billion.

With its’ headquarters located in New York City, WeWork boasts a presence in over a hundred cities which includes Osaka and Seoul here in Asia. 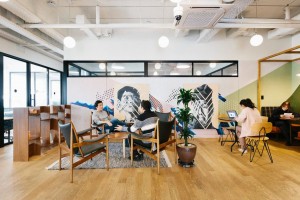 If you’re not too familiar with the company, WeWork is a tech unicorn (a start-up company that’s privately held and is worth over a billion) that’s one of the largest coworking space rental companies in the world.

This is especially impressive as there is a huge glut of coworking spaces globally, which makes it extremely difficult to rise above the rest and be the cream of the crop.

For a start-up to have come out on top, it is definitely noteworthy.

Though they only moved to Singapore in the last quarter of 2017, they’ve already set up 11 coworking spaces in key areas of Singapore such as Robinson Road and Suntec Tower 5, which certainly speaks volumes of their expertise in this area.

When asked why they selected Singapore as a base, WeWork replied that their choice to come to Singapore was greatly influenced by the fact that it is a global commercial and transportation hub, and offers excellent connectivity to the rest of Southeast Asia.

Historically, Singapore has also proved to be a good testing bed for companies entering Asian markets. In addition, Singapore’s fast metropolitan pace suits the kind of lifestyle and work environment WeWork wants to bring to their customers.

What coworking arrangements does WeWork offer?

WeWork has a wide variety of coworking options to choose from. On one end, there are simple office-type desks for a no-frills, budget friendly option. On the other, WeWork also offers large, personalised offices that companies such as Microsoft, Facebook and Citi utilise.

While WeWork can completely customize your coworking experience, the three most common coworking setups are Private Offices, Dedicated Desks and Hot Desks.

In general, they have three types of coworking spaces, which are Private Offices, Dedicated Desks and Hot Desks, all of which are very reasonably priced.

Private Offices require little explanation, and are good for a fairly small team who is big on security and privacy. Dedicated desks resemble a traditional office space, with fixed seating, whereas hot desks is free seating. 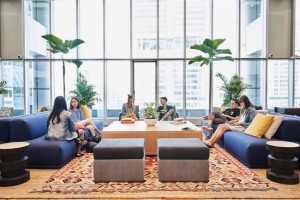 An example of hot-desks in WeWork’s Suntec Tower 5 location.

Would WeWork be a good fit for me?

If you’re a newly started company, on a budget, or someone who delights in the unique and unconventional, WeWork’s a good fit for you. If the ability to move in and set up quickly is a priority to you, you’ll definitely appreciate not having to fuss about the usual constraints of office spaces due to the full suite of work furniture and amenities already present.

What if I already have an office?

While WeWork caters more towards new start-ups or creative individuals, established companies are more than welcome. If you’re a company who’s curious about the world of coworking and want to try dipping your toes in, WeWork is beginner friendly and extremely helpful, so there’s no need to feel intimidated or worried.

If you have a company that’s unusual in size, you can even select the number of employees on the WeWork website, and it will match you up to the best fit possible. This makes things very efficient as you won’t be paying extra for space you don’t need, which can be a huge drain on finances, and a waste of money. 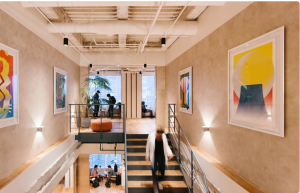 What other benefits are there?

Signing up for a WeWork coworking space gives you exclusive access to a WeWork membership. This membership program provides you with full access to many benefits, and is definitely not something that I’ve seen any other coworking space providers do. The one benefit that stands out is the WeWork Service store. The WeWork Service store provides free discounts on popular services and food items outside of WeWork such as 15% off J. Co doughnuts, or reduced delivery fee on Honestbee.

If you are just looking for a coworking space and aren’t interested in any additional benefits, this WeWork membership is cancellable at any time and won’t charge you any cancellation fees, which makes it stress fee and easy to deal with.

The only slight downside is that WeWork Singapore’s Service Store is a bit lacking compared to their counterpart in the US, which has deals and discounts galore. However, they still have an admirable range of local services and discounts that definitely can come in handy.

WeWork’s 11 Singaporean locations are generally located in the city area, and their target audience are city area workers who are looking to cut down on commute time as much as possible. In terms of pricing, WeWork’s locations are a good deal – they’re reasonably priced for areas with excellent views and connectivity. To view a list of their locations, click here.

WeWork definitely outshines its’ competitors when it comes to amenities. While most coworking spaces singapore here only offer extremely basic amenities and seem to consider having working lights in the place a celebratory achievement, WeWork is leaps and bounds ahead with its’ full collection of amenities.

In fact,WeWork goes above and beyond when it comes to its amenities, with front-desk service, mail handling services and even free craft beer being part of the package. Members of WeWork also enjoy access to relax rooms, cafeterias and ping-pong tables for relaxing between work shifts.

Most WeWork locations also have helpdesks on site, which are definitely helpful for when you’re looking for specific rooms, or have special requests that you need to fulfil. The helpdesk is universally praised as being really polite and professional, and is a boon to an already attractive coworking space.

For those looking to network with other like-minded companies for networking opportunities, WeWork even has it’s very own social network that’s like a cross between Facebook and Linkedin.

If you’re looking to expand your team by tacking on a programmer, a software developer or even a new leader, you’re in luck. Right now, there are over 90 000 people on the network, which means that your chances of finding a new employee are pretty good.

Besides amenities, this is yet another area that WeWork truly shines in. While the bulk of coworking spaces tend to be drab, grey and four walled affairs, WeWork collaborates with well-known architecture and design firms, and this clearly shows in their workspaces. For reference, here is their coworking space in WeWork City House (on Robinson Road).

Delightfully quirky, isn’t it? That’s one of the most striking points about WeWork Singapore’s coworking spaces – they aren’t afraid to be unique, and the tech start ups that flock to them paint an equally colourful and distinctive picture.

In general, even though there are plenty of coworking companies here in Singapore, too many of them tend to try and stick too close to the traditional office style look for fear of looking too different, which to me defeats the purpose of coworking at all.

After all, the purpose of coworking is to try sharing your office space with others, which in itself is a new and exciting process. If a coworking space is afraid of looking different and standing out, creatives and small start-ups should avoid them.

So, if you and your company aren’t afraid to think outside the box and want a coworking space to match your style, WeWork would be an excellent choice.

While this piece is mainly focused on WeWork’s presence in Singapore, WeWork is a global company, and has coworking offices all over the globe. If you and your team are frequent travellers, you probably know the hassle of trying to settle down in a crowded Starbucks or find a conducive spot to work in a foreign country under a tight time constraint.

However, if you choose WeWork, the WeWork membership allows you to use WeWork’s coworking spaces globally, which is really important if you want to be productive and get down to business. 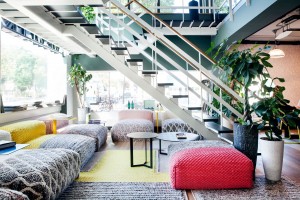 Nothing beats heading straight to a familiar, reassuring workplace and knowing that you’ll be able to get a meal and work done in a productive manner with just a small daily fee.

So, if you’re interested in booking a coworking space with WeWork and getting started on your entrepreneurial journey with a company that’s made the journey themselves, just contact us below. You’ll soon be contacted by one of our customer service representatives who will assist you through the booking process.

In this post, we feature 7 top coworking spaces in Singapore for entrepreneurs and freelancers...

In this post, we discuss 5 ways choosing any of the coworking spaces in Singapore over working from...